What is Rock Salt?

Halite more commonly known as Rock salt is a mineral formed from sodium chloride. It's chemical formula is NaCl and this also includes other variations of salt such as common salt and table salt. Rock salt tends to be the industrial name used for Halite.

It forms as isometric crystals and is typically colourless or white, but may also be other colours depending on the amount and type of impurities contained within it. The salt occurs in beds of sedimentary evaporite minerals. This is caused by large lakes and seas drying up. These salt beds can be hundreds of metres deep. 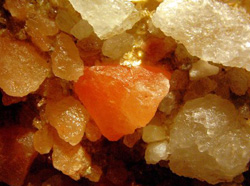 Halite crystals form very quickly in some rapidly evaporating lakes. England was covered by inland seas over 200 million years ago which helped create the layers of salt that are mined today. When very hot temperatures in the area evaporated the waters very slowly, they left large salt deposits under the earth. In the UK as the water evaporated and the salt crystals started to form they got their brownish colour from sand blown in from eastern deserts. However other geological influences mean the rock salt's colour can sometimes go from clear, to pink, to dark brown.

Most of the rock salt used for gritting roads in the UK comes from mines of ancient underground salt deposits in Cleveland, County Antrim and Winsford. Winsford is in Cheshire and four of the surrounding towns - Middlewich, Nantwich, Northwich and Leftwich are all historically related to salt production. The "wich" (or sometimes "wych") in their name is often associated with brine springs or wells.

The Salt Association who are the trade body for salt producers, estimate that the UK's salt mines to have about 225km (140 miles) of tunnels. If you thought stocks would be depleted any time soon you'll be surprised to learn that the proven UK salt reserves are extensive, with an estimated 500 years capacity at current extraction rates.

The primary difference between rock salt and ordinary table salt is the size and colour. Rock salt forms in very large, chunky crystals, as opposed to the small crystals seen in table salt. Like table salt, rock salt also has an assortment of trace minerals which can have an impact on how it behaves chemically. The large crystal size of rock salt means it is not usually used in cooking as it takes too long to dissolve.

There are other differences between the two most common types of salt. Deposits of rock salt are usually the remains of inland seas which evaporated thousands or millions of years ago. In contrast, table salt comes almost exclusively from evaporation ponds which remove salt from seawater. 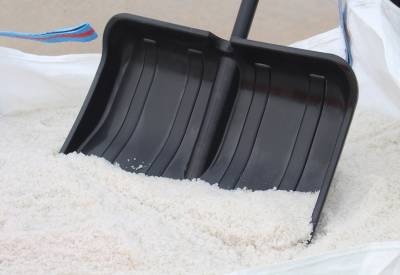 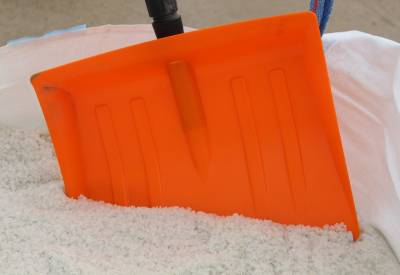